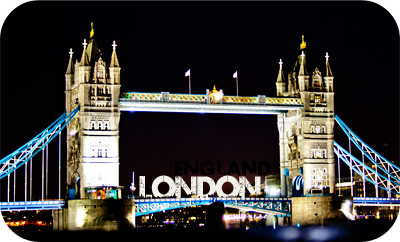 It’s been three months since we got back from London. I don’t know why it’s taken me so long to write this report, nor why it’s so hard to even get these few words on paper. It’s not the lack of time, and I even have a day-to-day run-down of what we did when, so that’s not the problem either. Maybe I’ve just been writing so much fiction this year that writing a simple (non-fictional) travel report seems a sisyphean task. In light of that, I’ve decided to do it a little differently this time.

More than ever, I relied on photography to keep me from forgetting anything we did. And we did it all. In all the times I’ve been to London, I only ever did the regular tourist spots over and over again. But this time, we really did see every little corner. Or maybe it just felt like that because we were out and about constantly. And my camera was always there with us. So that’s why, instead of that day-to-day run-down, you’ll get photos with descriptions and short snippets of what we did when.

Before we get started, though, let me talk for a moment about the hotel we stayed at: the EasyHotel near Earl’s Court. We went for the cheapest room available, which, in retrospect, was a very poor choice. Turns out, cheapest is not always the best, not even if you’re on a budget. We not-so lovingly started referring to our room as the ‘Chamber of Secrets’, which doesn’t sound so bad in English, but the German title of the Harry Potter volume actually translates to ‘Chamber of Horrors’, a much more apt description. The room, lacking a window, was airconditioned, except for whatever reason, the temperature was set to 17°C instead of the normal 21°. We complained about this almost every night, at which point they would turn up the heat to regular temperatures, but then, the next day, it would start all over again. We hadn’t packed for cold nights, so we ended up sleeping in cardigans and jumpers, and using the towels we brought with us as additional blankets. Then there was the sound of the AC unit that was so loud we once woke up because it suddenly stopped working and we were rousted by the lack of noise. And let’s not forget the people on the same floor who were incapable of closing their doors quietly, like normal people. After all that, I’m sure it’s not hard to imagine how we slept. Or didn’t sleep, as it were… By the end of the week, we were completely worn out and just wanted to go home.

Ah well. It was a lesson that we won’t forget, and next time, it’ll be better. Not that I want to go back to London any time soon; the city just gets more and more expensive and now that I’ve seen pretty much everything, I don’t feel the burning need to go back that I’ve felt ever since my first trip there. But now it’s time for photos! (All pictures are clickable and will lead you to flickr where you can looked at the photos in different sizes.) One of the best—perhaps even the best—thing we did on this trip was take the ‘Somewhere Else’ London walk. It led us through parts of the city that you wouldn’t normally go about exploring on your own, starting with Lambeth, and it was most definitely worth it; I encourage everyone to do it! This picture was taken from the first floor of the Hayward Gallery. Our guide, Adam, was fantastic, and he told us so many interesting things. Such as all the things he told us about this building, which is often likened to a ship. You can see why. And there was another building right next to it which looked like a dinosaur. And there were little stories to go with every landmark. This is another place we first saw during a London walk (this time the Harry Potter one with Richard/Kontiki, also very much recommended). Leadenhall Market. The Harry Potter story that goes with it is fascinating, just like pretty much every story told on this walk, but only if you’re a Harry Potter fan, so I’ll spare you the details. Leadenhall Market is a gorgeous place, though, especially on a Sunday afternoon when nobody is around and at night when all the lights are on. There is another quarter that looks so different on a Sunday: Bank. We were there a few times, and it was always absolutely crowded. Except on that Sunday, not a soul in sight. You didn’t have to worry about being run over by a car because there were no cars. If you were to shoot an apocalyptic film in which all of humanity has died out, you wouldn’t even have to clear an area, just go to Bank on a Sunday. Night shots are a favourite of mine, and I thought this one turned out pretty well. Big Ben and the Houses of Parliament look particularly majestic at night, although I still don’t understand—and probably never will—why the corner pieces aren’t illuminated… Another rather famous landmark. We actually went into Westminster Abbey one day, despite the exorbitant entrance fee, but since we opted out of going into any of the other big sights (we were on a budget, after all), it was well worth it. It’s so much bigger than it looks from the outside, with multiple little courtyards and gardens. Although I have to say that it was far too crowded, despite the fact that we among the first people to enter. But what else did I expect, eh? Yes, we are still in London. I’ll never not be fascinated by the sheer size of Hyde Park. In Berlin, we also have a lot of parks, and sizeable ones at that, but the fact that you’re walking about a very urban quarter one minute and then suddenly find yourself in the middle of Hyde Park the next is just wonderful. Decidedly more city-like is the view from Monument. It’s one of the cheapest things you can do in London; I think we paid about £2 per person. And while it’s not the most exciting view, it’s definitely worth clambering up those 311 steps—you even get a certificate once you come back down! Tower Bridge looks very small from up there, not at all like the, well, towering structure that it is. Sadly, you can’t see Big Ben or London Eye, though, and the Swiss Re Tower looks like a rocket (or a gherkin) from wherever you are. And that’s how high up we were! You can still make out the red buses, so it wasn’t that high, but high enough! Speaking of Tower Bridge, this is the view from it. Throughout all my trips to London, I think until this time, I had never crossed it on foot. Pictured here you can see City Hall, where the Mayor of London has his office, and, of course, the building we only got to know as ‘The Shard’. Tallest building in Europe, still under heavy construction, and yes, looking very much like a shard. London Eye! I’ve been wanting to go on this foreeeever. But it’s just too expensive, and the weather and view would have to be perfect to justify spending half a day just standing in line to even be allowed up there. Maybe one day somebody will invite me up and there will be an express queue. …What? A girl can dream! There we go, Tower Bridge. This is perhaps my favourite photo of the whole trip (and I took a lot of them, just ask my poor relatives who had to sit through each and every one*). Contrary to the issues I have with how the Houses of Parliament are being illuminated, I love love love Tower Bridge at night. It’s so colourful, and the light blue parts really pop. A gorgeous sight, all things considered.

* I’m joking. I didn’t actually make them sit through all the photos. Only most of them. I have surprisingly few pictures of St. Paul’s Cathedral, considering how many times we actually saw it. If we hadn’t gotten into Westminster Abbey, this would’ve been our alternative, seeing St. Paul’s from the inside. But it’s ridiculously difficult to get good pictures of, being all hidden among a million other buildings… So this one is from a bus, to get a big higher up. One afternoon, we met up with my dad, who was incidentally passing through London on his way back from Scotland, and we showed him around the city for about two hours. Not nearly enough to see anything, really, but we started at Westminster and then did the south bank of the Thames all the way to Tower Bridge. And to everyone’s surprise, the weather was wonderful and allowed a picture like this. I love that you can actually see the light pass through the windows that you don’t normally pay attention to.

And I believe that’s it! There are more photos in the that I’ve not included in this post, so if you’re interested, feel free to check them out.

One thing I don’t have photos of but that I have to mention was The Lion King. We originally started thinking about doing a London trip because of that musical. We could’ve seen it in Hamburg, but I have no deeper interest in that city, and I also wanted to see it in English, so that’s what started the whole planning process in the first place. And it was so, so good. Part of me was sad that I didn’t bring my camera, but in retrospect, it was a good decision because otherwise, I probably would’ve been so occupied with the camera and with taking photos that I wouldn’t have enjoyed the musical itself as much as I did.

Despite all the little things that didn’t work, it was a very nice trip and I’m glad I got to introduce yet another person to the beauty of London. Goodbye, fair city. One day, I’ll be back.