The second trip that barely deserves an entry! As mentioned in the Derby report, Olli spent two months in England in late 2015. Therefore, I visited him twice, once in October and then again in November, and since Derby is very boring, we decided to meet up in London for the second visit.

We’d been to London together before, and I’d been there many more times with other people, but there’s always something new to do or see.

On the day that I flew into London, Olli took the train down from Derby, and after having checked into the hotel, we spent the rest of the evening walking through the city. We were really just retracing old paths, but it was still nice because walking along the Thames from Embankment to Westminster has always been my absolute favourite thing to do in London. 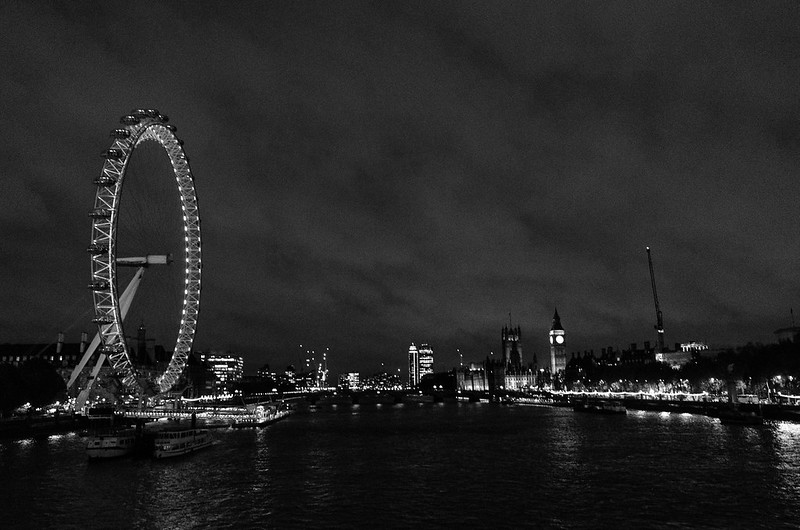 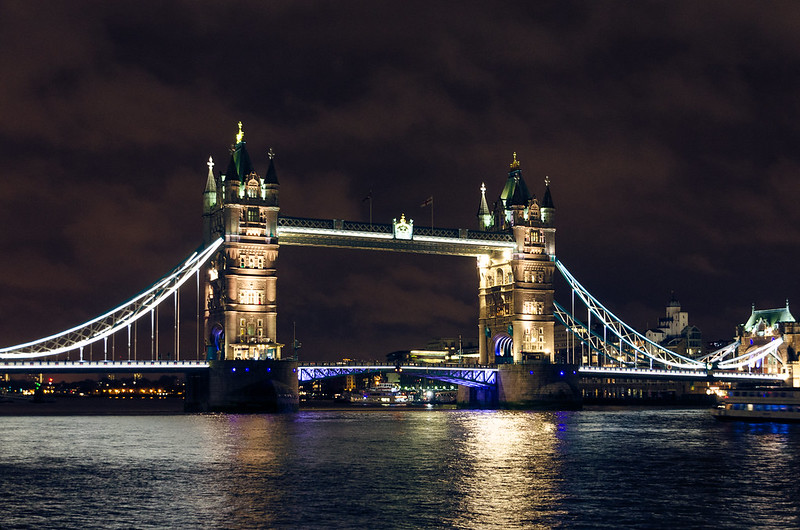 One thing we did do that I hadn’t ever done before was go to King’s Cross station to see Platform 9 3/4, so that was really cool. The Hogwarts shop right next to it is awesome, too, and it was very hard for me to not buy the entire thing. I was particularly tempted by a Ravenclaw scarf, but I don’t actually wear regular scarves, so I stayed strong. 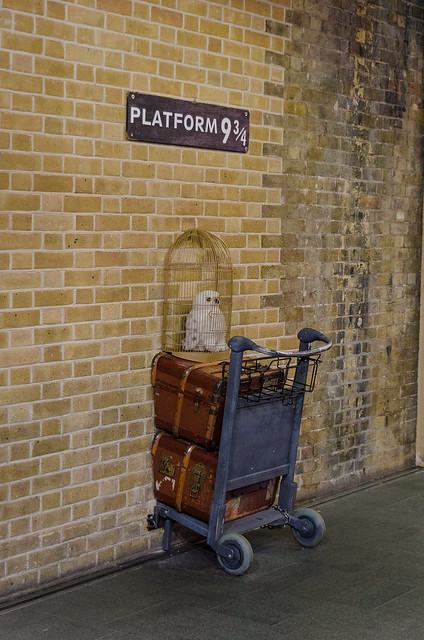 Day two was more exciting and just as nice. There was more walking around, though sadly in the rain a lot of the time, and I finally got to go on the Emirates Air Line, the cable car that I’d been excited about ever since it was first announced. The ride is pretty short, but still cool, and made spectacular by the sun setting over Canary Wharf. 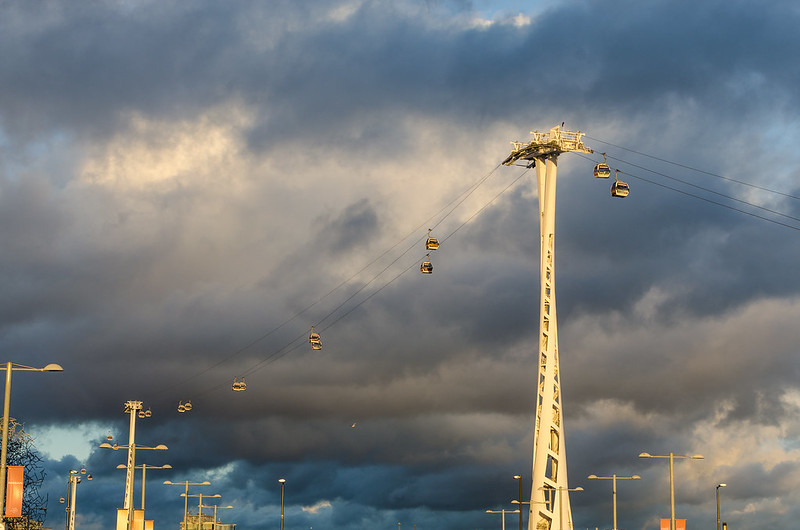 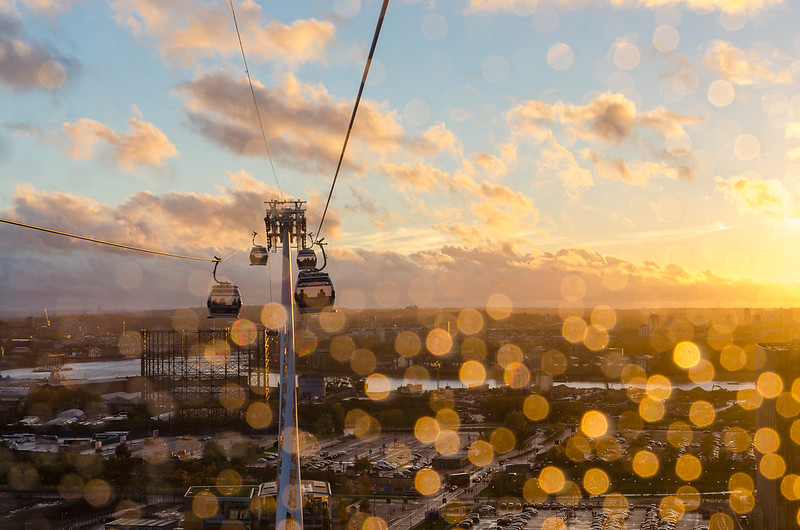 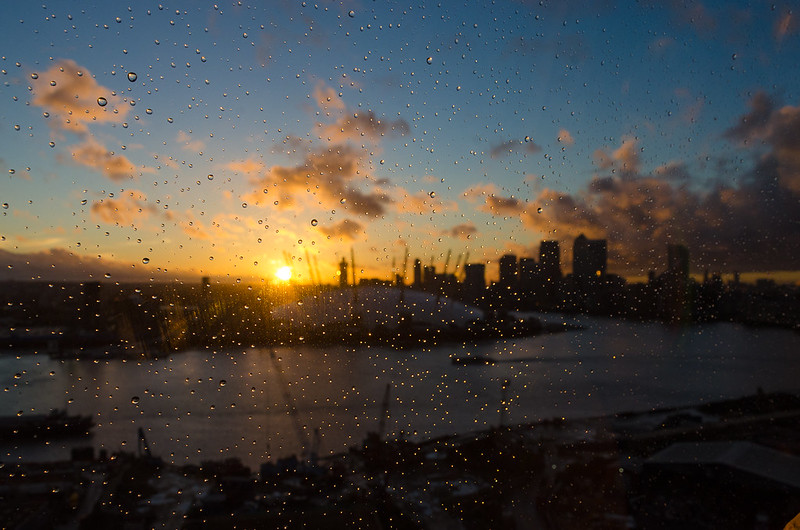 Afterwards, we met up with my friend Bex, whom I hadn’t seen since she finished her year abroad in Potsdam. Originally, we had wanted to go to Nando’s for dinner (mmm, Nando’s…), but the one we tried was far too crowded, and Olli and I had cinema tickets for later that night, so we were in a bit of a rush and couldn’t wait for a table. Instead, we went to a pub for drinks. The time passed far too quickly, as it always does when you’re in good company, so I was saying goodbye to Bex only an hour or two later.

Then it was time to experience the Odeon. I’ve always heard good things about the Odeon, and when we were in London in 2012, the guide on one of the London Walks mentioned it as well, so we thought we’d ignore the horrendously high prices and go for it. If you ever feel the need to do that, don’t. It’s not worth it at all. The screen was tiny (and too far away to make out much), the seats even more so, and the cinema was packed. The film wasn’t good, either (Spectre, ugh, I wish they had shown Skyfall instead), but that one isn’t on the Odeon. 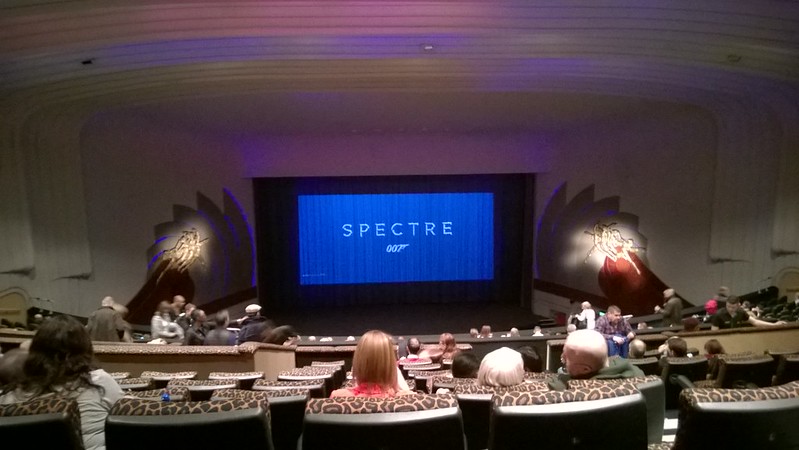 Watching a bad film in an awful cinema isn’t fun to start with, but when we got out, we rushed to a Nando’s close to the cinema to grab some (very late) dinner, after all, only to find they had already closed, and earlier than usual, too. What a great end to an otherwise good day…

Things were looking up again the next day, though. Since the weather was still very… well, English, we had planned on going to a museum. I’ve always wanted to go to the Natural History Museum, but the masses queueing in front of the entrance eliminated that particular museum immediately. 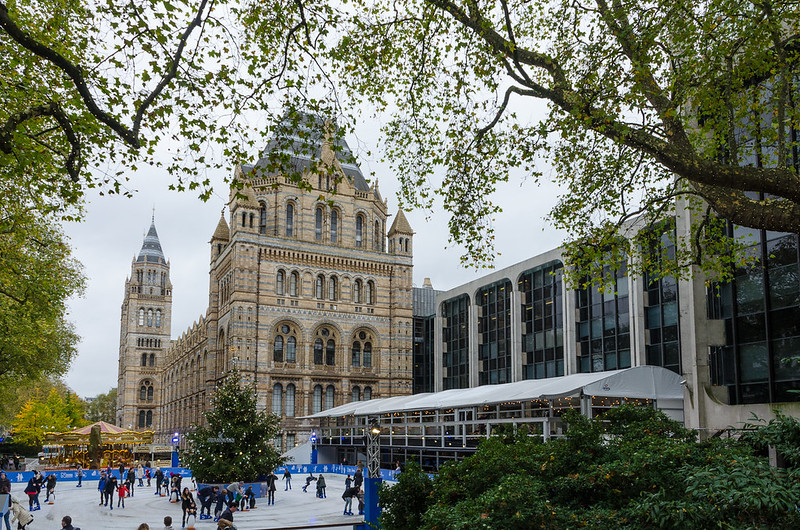 But it’s not like there aren’t enough other museums in London, which is how we ended up at the–drumroll–SCIENCE MUSEUM! Which, at the time, had an exhibition on–another drumroll–SPACE! Y’all can probably imagine how much I geeked out. I don’t seem to have any photos from in there, but then, it was really dark (no surprise). Let me just say this: If you ever find yourself with time on your hands and nothing to do in London, the Science Museum sure is worth a visit.

A few hours later, it was time for lunch (at Nando’s, of course), and then Olli hopped on a train back north and I hopped on a plane back home.

Ta-daaaa, slightly more exciting than the first visit, but still not much to write home about. Except for the Nando’s, of course.

© Isabella Valenza; all rights reserved. Do not repost or copy without permission.
★ flickr album (this includes the photos of the first trip as well)